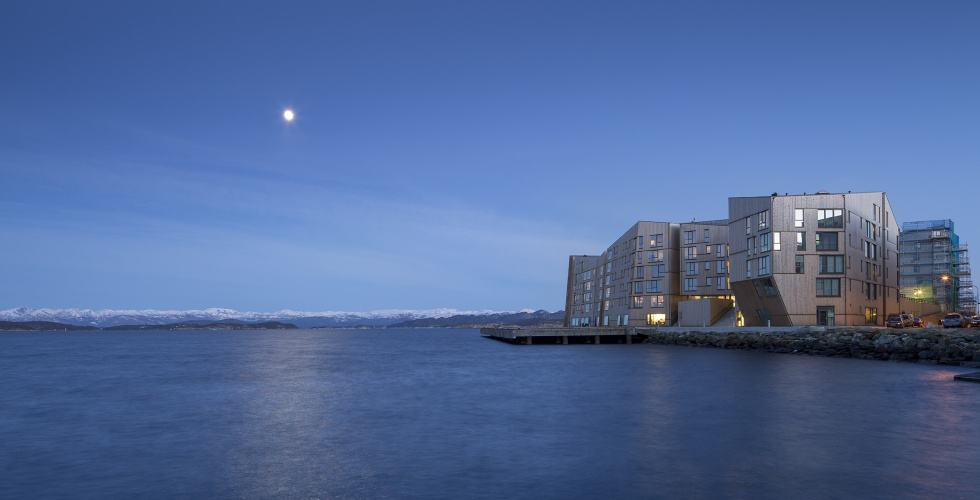 Ken Edelstein from The Kendeda Fund asked eight of his favorite green building experts one question: “What notable trends do you see emerging in commercial green building in 2018?” He baked their insights and his followup research into five green building trends for 2018. Here they are:

Concerns about volatile organic compounds and other off-gases no longer can be written off as uncertain or inconsequential.

Longterm, large-scale research projects at Harvard’s Chan School of Public Health and other research institutions are showing a very real relationship between indoor air quality and employee productivity. And United Technologies, which is underwriting the so-called “COGfx” studies, has taken on a communications campaign to highlight the findings.

The most startling discovery: “Studying three ventilation strategies and four different heating, ventilating and air conditioning (HVAC) systems across seven U.S. cities, the team found that the indoor environment previously associated with a doubling of cognitive function test scores can be achieved at an energy cost between $14 and $40 per person per year and result in as much as a $6,500 equivalent in improved productivity per person per year.”

If there’s one thing employers care about as much as the well-being of their employees, it’s how healthier employees can help their productivity.

Employers now have compelling reasons to ask about indoor air quality in the buildings they lease, buy or construct.

And architects now have a tool to demonstrate to commercial building owners that better air quality means better occupant performance, which in turn can enhance property values.

Architects have struggled for years to determine which products and materials are hazardous for occupants (not to mention for the people who make, install and dispose of them).

Among the challenges: Manufacturers don’t want to share secrets; even when they are willing to say what’s in their products, the information may not be accurate; there’s not always agreement on what materials are hazardous; and everyone — design firms, certification agencies, trade groups — seems to have a different database of materials, many of which conflict with each other.

But a critical mass for disclosure seems to be kicking in. Various tools are beginning to complement each other, and more manufacturers are seeing the competitive advantage of responding to growing demands for transparency from their customers.

Healthy Building Network President Bill Walsh points to two developments that could make a difference in 2018:

The Health Product Declaration Collaborative — a nonprofit that encourages manufactures to submit open-source HPDs on a level playing field — is enjoying significant growth; companies are participating because they’ve begun to view transparency as a competitive advantage.

I’ll go a step further: 2018 will be the year when transparency finally becomes practical. Understanding the ingredients of a building the way a chef understands what goes into a recipe is becoming less of novelty and more of a standard way of doing business.

“Health is the new sustainability,” says Kendeda Fund’s own Diane Ives. “Healthy materials, healthy lifestyles are the new drivers of buildings and their locations.”

In a survey of 140 corporate facility executives last fall by Structure Tone, 92 percent described wellness features as “essential, mainstream or an emerging need” for buildings occupied by their employees. That COGfx study (see prediction No. 1, above) is piling onto a ream of existing data to show that design and material decisions really do matter — both for occupant health and for employee performance.

One problem has been that it’s more difficult to measure the bottom line impacts of a building’s health and wellness features than it is to quantify, say, energy bills. The solution? Certification standards. By measuring performance in some cases (e.g. testing indoor air-quality) and establishing prerequisites in other cases (e.g. banning certain chemicals), however, certification programs can ensure that designers, builders and building operators have taken steps to reduce risks. That’s one reason that Ives says certification “will become the standard bearer” for healthy buildings.

Renewable energy dodged a bullet in last month’s federal tax legislation in US. While the bill eliminated an important way to finance utility-scale projects, Congress did end up preserving tax credits for solar, wind and geothermal.

Projects and professionals committed to solar are likely to stay the course.

This month, two more major Washington decisions could hit renewables hard — particularly, solar. First, this week, the Federal Energy Regulatory Commission is slated to announce whether it plans to hamstring renewable energy by extending new subsidies to coal and nuclear plants (UPDATE: FERC has unanimously rejected the coal and nuclear subsidy proposal). Then, by Jan. 26, President Trump may very well levy tariffs on photovoltaic panels. Not to mention, of course, that the new Administration has made no bones about its lack of enthusiasm for renewables.

So solar — a crucial contributor to the rise of net-zero and near-zero buildings — faces hurdles that it hasn’t seen in a decade.

But put those hurdles in perspective. Solar power generation in the U.S. has quintupled over the last five years. And reasons are pretty fundamental: Cells keep getting more efficient, while the cost of manufacturing them continues to drop.

That’s created a whole set of high expectations among owners, policy makers and other built-environment decision makers that will continue to put momentum behind solar.

Leading corporations, along with more than 150 American cities, have committed themselves to switching entirely over to clean energy.

Architects, engineers and even school systems have become vested in the idea that net-zero — or at least near-net-zero — buildings are feasible. And some 30 states offer their own powerful carrots and sticks for solar, which may very well eclipse any disincentives popping out of Washington.

The bottom line: Tariffs could very well make the math tougher this year for solar installations and net-zero buildings. Perhaps, growth will be more modest (and if the tariffs are high — say 30 percent or more — they will stall a broadening of the solar market). But existing commitments and state incentives will keep the momentum going.

The U.S. Energy Information Agency projects solar to grow by another 13 percent in 2018. Maybe. Maybe not. Then again, EIA has perennially underestimated solar growth, so don’t be surprised if solar’s growth curve continues to be steeper.

The U.S. Green Building Council’s adoption of the RELi rating system was about as well-timed as could be imagined. It came in November right after three big hurricanes hit millions of Americans and while an unprecedented constellation of forest fires continued to rage in California. Even those who doubt climate change had anything to do with the recent spike in U.S. natural disasters can’t argue against reducing risks that disasters pose to the built environment.

As with wellness, there’s now a perceived market for a certification platform focused on resilience. More significantly, public resources are being steered toward planning and constructing buildings and infrastructure that can either withstand or adapt to disasters. Think flexible electric grids, elevated coastal roads, and more careful decisions on where to extend water lines.

While the prospects for an infrastructure bill at the federal level remain hazy, local governments aren’t standing still. Aided by a massive Rockefeller Foundation program, 100 “resilient cities” across the world are taking a purposeful approach to identifying the longterm risks they face for everything from flooding and fires to healthcare shortages and aging populations.

Satellite photo at top shows satellite image of Puerto Rico before Hurricane Maria; photo at bottom was taken just after the hurricane. Image courtesy of National Oceanic and Atmospheric Administration.

Houston isn’t one of those 100 cities. But planners there have responded to the mess left by Hurricane Harvey by addressing resilience. A master plan already in the works before took on new importance after the storm hit. Among other steps, it calls for better building codes and more greenways along low-lying bayous.

In Puerto Rico, there’s potential for even more fundamental change: The territory’s governor, Tesla’s Elon Musk and the U.S. Energy Department’s point person on restoring the island’s power all are pushing for a major portion of Puerto Rico’s electric needs to be supplied by solar-powered microgrids.

As with solar, Washington may for the time being be heading in the opposite direction. Trump reversed President Obama’s executive order requiring communities to take climate impacts into account on infrastructure planning.

But local governments appear to be taking a more practical approach. Resilience has become a keyword for cities, counties and states that are asking voters to approve infrsatructure spending. In November, at least 15 cities, counties and states approved infrastructure initiatives; there were no similar referendums that lost. In the absence of congressional action, you can expect more infrastructure bills to appear on ballots in 2018. Read the full article from The Kendeda Fund

And here are five bonus trends to look out for:

What am I missing? How about letting us know with by commenting below?

Stay updateded and get monthly updates by signing up for our Newsletter below or by email to: post@greenbuilt.no